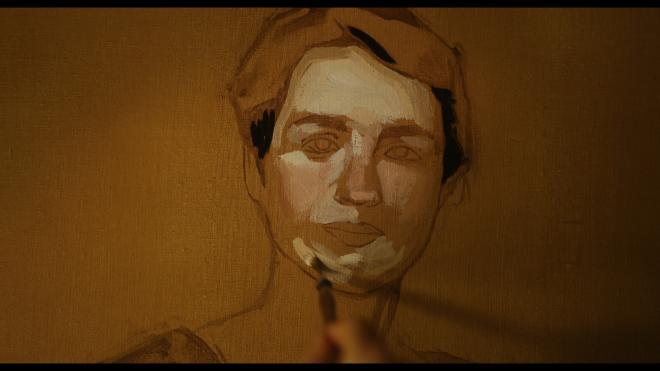 Below are some thoughts I had on Power and Resistance in society after reflecting on one of my favorite movies: Portrait of a Lady on Fire. It is not meant to be a completely fleshed out essay, but I hope you find some of these thoughts useful. I would recommend at a minimum skipping to the references at the end to watch David Foster Wallace's commencement speech where he delivers "This is Water".

One of my favorite scenes from Portrait of a Lady on Fire is the exchange we see between Heloise and Annmarie when Annmarie finishes her first portrait of Heloise. When Heloise says she doesn't like it because it looks nothing like her, Annmarie explains that she painted it according to "expectations", based on the styles and techniques of portraits of that day.

She implies that there was some group which had the power to decide what qualified as "good" or "bad" art.

The movie subtly follows through on this scene with a sub-plot concerning a servant who needs an abortion. At the time, abortions were never spoken of, certainly not portrayed in paintings. Heloise uses that moment right after the abortion and convinces Annmarie to paint what transpired, in a way telling her: "Don't paint things the way men prefer to see them. Paint this! This is what's real!"

What I loved about this was how subtly it touches on this constantly evolving tension between power and resistance. Though some may feel qualified to judge art on their arbitrary rules, others step up to challenge these conventions.

Where there is power, there is resistance.

It was predominantly men who set the standards for good or bad art. These were not rooted in any sort of objective, timeless standard; it was simply the prevailing set of expectations in that window of time. And as time progressed, artists challenged them, societal standards changed, art evolved, the group of people exerting their influence to say what was good or bad changed, and so too did the set of expectations judging art.

Thinking about this tension between Gatekeepers of art and what the complementary resistance looks like made me curious where else we see this dynamic.

The most interesting scenarios in the modern day I think are in science and the news.

Power and Resistance in Science

Growing up, I always thought of knowledge as a thing that we constantly added to and that if I discovered something someone else didn't, then that was, in a sense, new knowledge to be added to our constantly growing pool.

When I later started doing research, I quickly realized it was much more nuanced.

There were always people who determined what did and did not count as knowledge. I could not for example count the number of petri dishes in our lab and submit it to a journal expecting to get it published. It was new information, but it would not have been accepted for publication anywhere because the Gatekeepers would not deem it worthy.

The progression of knowledge in science does accumulate over time, but in each window, it is a function of what the Gatekeepers deem relevant and irrelevant, not the total body of acquired knowledge.

My example of counting petri dishes is farfetched, but this plays out all the time. Imagine you conducted research that yielded negative results. Most journals would reject it, leaving you without options for publication.

These Gatekeepers within various scientific communities decide what counts, but their judgement could be at odds with what is objectively important (e.g. negative studies). Or worse, it might be corrupted for other goals not in the public interest (which matters considering the amount of public money going into research in the first place).

The main mechanism of resistance here was private correspondence between researchers about their findings so that even if their work did not get into the public domain, others in the community (at least in some limited capacity) were aware. In the modern day, this became more formalized through preprint servers (arxiv, biorxiv, and so forth) and other initiatives to make science more open.

How it will play out fully is yet to be determined, but it is predictable that the Gatekeepers here seem to have responded to open initiatives by doubling down on the importance of metrics like impact factor, citation counts, and so forth.

The old model was about controlling who got to speak. But with a push towards opening everything up and giving everyone a voice, the Gatekeeper response was to control who gets heard by legitimizing some voices over others through numerical reductionism.

While I have no way of looking into the future to see how this will unfold, I can try to explore similar situations that have already played out elsewhere.

Power and Resistance in News

I think an interesting comparison is with the news, where Gatekeepers decide what information is newsworthy. This in turn shapes public awareness of issues (or lack of it), which in turn is a key component to someone's perception of reality.

What is fascinating in the Internet age is that anyone can publish anything, not just the news stations / journals. Each and every person can be both a creator and a consumer of information. There was no active push for "open information" like we see in science; the barriers were just torn down with widespread adoption of the Web.

This democratization erodes the grip of old Gatekeepers (e.g. traditional media) while giving savvy member of the public (not the "elite") a chance of playing Gatekeeper. Note that I do not think this is equally accessible to all; there are barriers driven by differences in education, literacy, or desire for leisure which inhibit some from playing a more active role.

The direct parallels between this and the push for Open Science are clear, and it is interesting that in both cases the Gatekeeper strategy moves toward controlling who is heard. Certainly the tactics employed will vary, especially considering that the constraints of the broader systems are very different and will play a significant role in how these dynamics evolve over time.

Rather than forecasting how the scientific system will change, let us instead continue to examine this tension between the Gateekepers and the Resistance as it relates to News and Information.

What tactics do Gatekeepers employ to control who (or what) is heard?

You may think that a world with more information should make it easier to figure out what is true, but this is rarely the case. It only allows people to be more selective in what they hear.

Understanding what is and is not true requires additional effort in seeking out that information and critically evaluating it while going against one's natural instincts. It is well established in psychology (and perhaps intuitive to some) that people's approach to seeking out information by default is one of reinforcing internal biases rather than challenging their understanding of the world (confirmation makes you feel better)[1].

It follows then that exerting control over someone's worldview goes something like this:

This is the foundation for the vicious cycle these Gatekeepers leverage.

Whether the platform of choice is Facebook or a simple broadcast station (CNN, Fox News), you get people to come by telling them what they want to hear. Then it becomes easier to get them to engage and stay when there appears to be arguing. And so you can imagine this as the basis for campaigns that try to polarize groups of people or spread disinformation: Manufacture arguments to drive engagement and then control what is seen or heard through ads, fake accounts posting information, or talking heads (which can in turn manufacture more arguments to further drive engagement).

I should clarify that I do not think companies like Facebook intentionally misinform people. Rather, they created platforms designed to capture the totality of someone's attention and have a built in mechanism for controlling what they see (through recommendations in the feed). This is a power structure that anyone else can leverage to control what is shown to groups of users, innocuously marketed as "advertising".

As far as companies like Facebook are concerned, these "malicious actors" are just another line item in their monthly revenue, not co-conspirators in a societal power grab.

So we have this structure that allows Gatekeepers to leverage it to control what is heard or shown, and in turn gives them the power to shape in varying capacities the world view of targeted groups of people.

I think the answer is in recognizing that you always have the capacity to choose how and where you spend your time[2]. If you constantly make your default choice (i.e. act without thinking about what you're doing / why you are doing it), it becomes easy to fall into this attention trap.

The modern information Gatekeeper's strategy only works if you give them your attention and accept what they show you. Neither of these have to be true. No one is strapping you to a chair and brainwashing you with disinformation. The power to determine that is within you, not them.

You can instead choose to recognize something like Twitter for what it actually is: a means to an end. A tool. You can use it with a purpose (e.g. staying up to date on a topic of interest in your field). Doing so makes it easier to stop engaging when you reach your goal. You can control when to turn the faucet on and off.

I already see this attitude being adopted by people within the technology community, but it seems rarer outside. This discrepancy effectively means those in the know can simultaneously play Gatekeeper and remain relatively immune to the actions of other Gateekepers while those in the dark risk being controlled. True equality only comes from eliminating it.

To me, this is the path forward in the Information age. The answer is not in dismantling these companies and reverting to the world with Old Gatekeepers, but in educating people about how they should engage with modern technologies. By improving awareness, we can move towards a much more equal system where everyone truly has a voice.

Imagine what society and government will look like then.